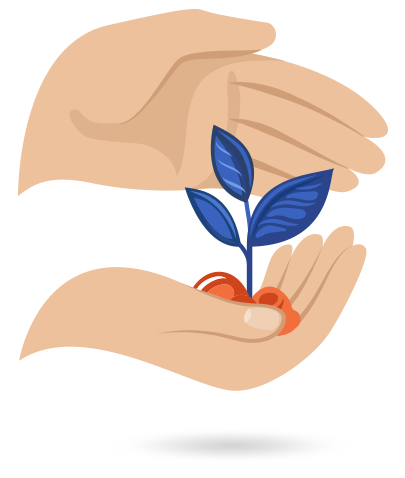 “You will look for water on the moon because the earth is going to be waterless soon.”

This is the thought which inspired our Chairman Mr. Hirji Narayan Patel to do something for the society.

Gujarat is a land of milk and honey but what we rarely acknowledge is that, it is also a land of drought and dry deserts. The north-western region of Gujarat is well known to be water-scarce and drought-prone and the fear of a waterless future is always there.

Due to the over-dependency on groundwater resources, Anjar, Mandvi and Bhachau talukas were declared dark zones in 2010 and even in the years after, the situation has shown no improvement.

Considering the bleak future ahead, it was in 2017 that the idea to redevelop lakes was born in the mind of our Chairman, Hirji Patel. He decided to restore life to the deserted areas of Bhachau taluka. Backed by the Fatak Jeev Daya Charitable Trust since 2017, their labors have now resulted in the creation of lakes in areas that were once drought-prone and had difficulty in even retaining the rainwater.

While this seems fairly new, Hirji Patel, for the last 11 years had been driving tankers full of water to the cemented water tanks that he built in the middle of arid and jungle areas of the Bhachau taluk to replenish drinking water for the hundreds of animals and birds in the vicinity. His efforts helped the villagers and farmers in the area as well. Thanks to his dedication, many people were able to withstand the drought months.

Hirji Patel has made sure that the lakes he redevelops will remain full and functional for years to come. The restoration of the lake bed starts before the monsoons so that by the time monsoons come, the lake is prepared and ready to store water.

There are total of 69 villages in the taluka and Hirji’s aim is to provide 4 lakes per village in the Bhachau taluka in Kutch district itself bringing the total up to 276 lakes in the future. This is a task for which he is not taking any donations and will be doing it himself.

Hirji Patel, to spread his mission even further he has formed the Benir Water and Earth Welfare Foundation (BWEWF). At present, Hirji is doing his work for one district and he will continue to do it for the next 10 years, but now he wants to do it on a larger scale and for this, he urges corporates to contribute wholeheartedly to the Bengaluru-based foundation so that we can replenish the Earth.

BWEWF will help out by providing an engineer who will draw up the plans and the foundation will also provide proper government and panchayat approvals for the expansion plans. Hirji's proposal is that companies come forward and take on redevelopment of lakes in the drought-prone areas. Once the foundation has successfully implemented its project in Gujarat, the plan is to replicate it in states around the country.